06.04.16 The third in my client’s second course on MMA for martial arts cross training was another extended lesson. Rather than systematically going through the ranges, we moved backwards and forwards on them quite freely. This began with the warm-up, which although started with some standard shadow boxing drills, covered arm-dragging from both clinch and butterfly guard. All ranges were covered, including takedown entries for low level and mid-level takedowns. Here we also covered overloading technique exercises, such as the […]

30.03.16   Tonight was the second in CCMA’s second course on Mixed Martial Arts for Martial Arts Cross-Training. We had an extended lesson, working on several different variations between the ranges. A similar format will follow next week.   We started off with some simple sport specific movement exercises. This began with shadow boxing, moving onto partner work. I had my client perform repetitions of jab-slipping and rolling off hooks into hooks and uppercut/hooks. This movement was then applied […] 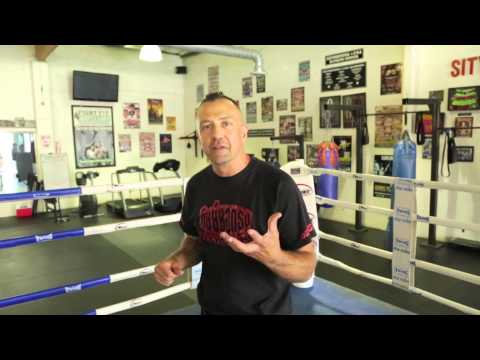 02.03.16 The twelfth lesson in my second course on Muay Thai for Cross Training in the Martial Arts combined the advanced techniques with foundation skills. We looked at tactical contexts, but I was generally more interested in reinforcing strong confirmations of my client’s ability to be able to perform one of these new techniques whilst on the move. Having a level of fitness, including appropriate flexibility and strength, is one thing but being able to […]

17.02.16   The tenth lesson in my client’s second Muay Thai for Martial Arts Cross Training continued on the theme of so-called advanced techniques. In Muay Thai, these are technical and more flamboyant moves that are known as luk mai (minor techniques). These are supporting moves that rarely dominate a fight and are usually brought in to bring about a speedy finish. Please see last week’s report on why I am taking this unusual diversion.   Tonight’s lesson ended becoming […]

10.02.16   The ninth lesson of my client’s second course in Muay Thai for Martial Arts Cross Training made its most dramatic diversion to the norm by looking at more spectacular martial arts techniques. Usually this is the penultimate lesson of a course and it is where I return a combat sport back to the self-defence line, seeing where the attribute training can enhance the core counter-assault methods. Tonight was very different in that we looked at building on the […]

07.11.15 This marks the beginning of a series of two-hour MMA lessons for an old client of mine. My new regular gym is situated out in the sticks and I appreciate it is not easy non-local clients to get to me on a weekly basis. Therefore, it is often better for those who live further away or have a more sporadic lifestyle to book me in for fortnightly double sessions. However, the dynamic of these lessons will always be different […]

19.10.15   My client booked a one-off training session focusing on evolutionary combative methods and conditioning. We began with Western Boxing, working on basic footwork to promote coordination. Here my client learns the basics of moving whilst striking in different directions. He fed back to me the surprising aerobic and anaerobic demands of learning these skills, which reinforces my current belief that coordination training is good cardio. It also makes sense to cover it early in training. It is good […] 09.10.15   My client returned to training with an interest in exploring further Western Boxing concepts in martial arts and self-defence. He has already completed my basic course on Western Boxing for Martial Arts Cross-Training and, having now explored a wide range of different areas of combat, wanted to return to this base to better improve his hand striking and foot movement.   Tonight we focused on the jab and we will be continuing with this particular area of study […]

We are all capable of believing things which we know to be untrue, and then, when we are finally proved wrong, impudently twisting the facts so as to show that we were right.  Intellectually, it is possible to carry on this process for an indefinite time: the only check on it is that sooner or later a false belief bumps up against solid reality, usually on a battlefield. —George Orwell (1946) The process of martial arts training can be a […]