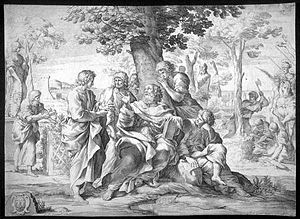 Confucianism, Buddhism, Christianity, Taoism and other religious and philosophical ideas have been melded with the practice of martial arts in modern times. However, I would like to suggest that we apply another so-called philosophy. It has some very ancient and respectable roots in the philosophers of ancient Greece and its process is the very definition of objective philosophy. What I am describing is something I believe underlies the thinking of some of the greatest shakers in martial arts history. It is the process of questioning and testing. The philosophy is unique in the respect that it owes no allegiance to any culture and it doesn't subscribe to the beliefs of a single or group of individuals. In fact, this particular philosophy prompts debate within its advocates and especially within the individual. The philosophy I am describing is scepticism and this article makes the case for its inclusion in the teaching of martial arts.

Modern scepticism is generally recognised as a science-based movement that has come to popular attention through its opposition to virtually anything or anyone that has not provided sufficient proof or evidence to support its or their claims. However, it is important to note that it is not just scientists and those with a penchant for science that support scepticism. At the other end of the academic world serious historians have also been attracted to scepticism. At the heart of scepticism is an approach known as critical thinking. This means looking at a subject objectively with a view to testing unproven claims. It is easy for those of us who see the value in imagination and positivity to mistake scepticism for cynicism. Cynicism just means thinking the worst of everything. The cynic has already made his mind up about something and does not seek evidence. In this respect the cynic is just as blinkered as the gullible person. Scepticism is about questioning, seeking answers and making progress. The sceptic never deals in absolutes. Even so-called facts are accepted as temporary conclusions that are up for reasoned review. To make analogy in self-defence coaching terms, cynicism is as far removed from scepticism as paranoia is from awareness.

Scepticism took the western world out of the dark ages and just as new waves of mysticism wash new fads up onto our hi-tech shores, a steady yet accelerating movement in critical thinking is there to examine, test and debunk where necessary. The world of martial arts presents us with a tangled mixture of claims and ideas that are ripe for sceptical investigation. Leaders and founders of martial arts often become venerated to the point where they are not questioned no matter how far they stray from their original purpose. Concepts and principles then develop into dogma and rituals. Within these subcultures terminology is developed, which further serves to separate the martial artists from the rest of society, along with strict hierarchies and methods used to tie students to their clubs. In extreme examples we have seen full blown martial arts cults develop whereas many others take on more subtle resemblances. Some clubs are simply run by the naïve and the deluded whereas others are run by conmen and charlatans. Martial arts histories become distorted, folk tales, myths and complete fiction become accepted as facts.

In his book for Marshall Cavendish, "The Way to the Martial Arts", the respected martial arts journalist Peter Lewis describes the evolution of martial arts in a positive light: "Slowly and gradually, mostly through trial and error, fighting became more of an exact science rather than a pure animal instinct". If only this were true of today. The modern world of martial arts has often allied itself with pseudoscience, pseudohistory, superstition, paranoia, New Age beliefs, religious dogma, fakir tricks, outright fraud and outright lies that have all been passed onto naïve students as facts.

Pseudoscience comes up a lot in martial arts and in different ways. Some pseudoscience is fairly straightforward. This is when claims are made by martial artists that fly in the face of the accepted laws of science. Often the use of the chi (qi) or ki energy falls into this category. The exact definition and western translation of this type of energy is still a matter of cultural and linguistic debate. The cultural part is a separate issue, it is when there are claims being made that it has a direct and measurable effect on physical objects that the sceptic needs to firmly step into the discussion and ask questions and demand empirical evidence.

However, there is another type of pseudoscience in the martial arts world that is less easy to confront. Science is sometimes used as a marketing tool. There are plenty of clubs being taught by coaches who have qualifications in sports science, but it doesn't necessarily mean that their approach to martial arts is logical and reasoned. Likewise context means everything when a technique is being explained in scientific terms. For example, you can explain the effectiveness of virtually any technique that makes direct contact with the human body, but its efficiency is another matter. It is an old logical dictum to recognise that just because something is not impossible it doesn't mean it isn't improbable. Furthermore, scientific terminology and jargon, something we have seen increase in martial arts ever since the culture married the business motivational movement, does replace scientific evidence or methodology.

Pseudohistory in martial arts has helped to give us the numerous prejudices, red herrings and cult-like features that plague the commercial practice of martial arts the world over. Personally I love myths, legends and fables. In the correct context they are inspirational forms of entertainment that can educate and motivate. There is nothing quite like watching a film of or reading a story about a fictional hero overcoming adversity when you are feeling down or ill. An allegorical tale, as opposed to a factual account of real life events, can often be a very useful tool for prompting people to think deeply about certain subjects and issues rather than responding a superficial way. The essence of good stories helps colour our language with metaphors and analogies, but we need mature reasoning to separate the literal from the figurative. Most of all, however, we need simple honesty and a desire to question what seems highly improbable. Pseudohistory is responsible for the over importance placed on martial arts lineages and the propagation of incredible unverifiable claims made about martial arts founders. Even the purposes of martial arts have been distorted through the fictionalization or misinterpretation of history.

Another derivative from pseudohistory is a category loosely termed as "Conspiracy Theory". This type of thinking outside the martial arts world has seen some preposterous alternative ideas being presented by dramatic and tragic events in history. Because it is a fact that the practice of martial arts in many countries and cultures were overtly suppressed and therefore covertly practiced, some martial arts teachers today like to claim that certain "deadly moves" are banned and hidden. This can vary from secret techniques being locked away inside the art to the belief that all pressure points are banned from Mixed Martial Arts competition.

However, it is not just misguided and the manipulative mystics of the martial arts world that are the focus of scepticism. The so-called "Reality" world of martial arts, an area one would consider was the natural home of martial arts sceptics, are also responsible for making outrageous claims and, furthermore, fuelling misinformation. Many people involved in the "Reality-Based Self-Defence" world have fallen into the same trap as the "Traditionalists" and now exhibit similar features. Superstition is replaced by paranoia, mystical or flowery fighting techniques are replaced by a type of "ultra-reality" combative pornography, where sadism seems to eclipse efficiency.

I propose that martial artists should be sceptics and should encourage scepticism. We may not necessarily be scientists, but we should apply a reasoned and logical approach to their training and teaching. The highest regard we can pay to any great person in marital arts history is not to worship them as infallible sources of wisdom, but to carry on the spirit of innovation that made them great in the first place. They stood out from other martial artists because they challenged the order of the day. We must always be sceptical of coaches who discourage criticism or do not promote truly individual research. The job of the coach is to provide students with experiences where they can draw their own conclusions. By all means the coach should use his own experiences as a valid reference point, but one thing that should be acknowledged is that martial arts is very much an individualized activity and therefore the methods applied by the coach in a certain experience aren't necessarily the best methods for an individual student to apply.

At this stage it is worth pointing out that I do not advocate a "Criticism for criticism's sake" attitude. There are certain robust areas we can meet a consensus on, certain martial arts or self-defence facts or laws if you like. They are constantly up for review, of course, but proving them should not be too difficult to do through case studies and in practical activity and providing the correct context is applied.

Despite the "Party pooper" reputation it receives, I argue that Scepticism is a positive approach to martial arts training. No one is above criticism and by adopting a "Find the flaw" attitude when you train you will quickly learn not to rest on your training laurels. It also means that you and your students are being as honest about your training as possible. This is what good progress is all about and this is what has been behind the continued intelligent development of the martial arts.

An Attitude of Professional Scepticism by John Coles