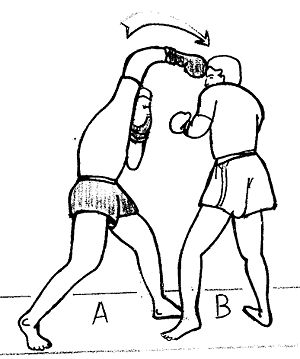 In line with tradition, our last general lesson of the year was game-orientated. My approach to teaching is highly activity-driven anyway, but there was an obvious fun element this time. After a brief cardiovascular warm-up, involving shadow boxing and sprawling drills, we moved onto the first games. These were ground games, including “Crazy Baby” for mid-range guard and “Touch the Head” for long-range guard. We then did some hand striking games, including Keysi’s “Gypsy Game” and a type of sparring where two fighters are tied back-to-back and fight against other tied combatants. This was followed by an all against all MMA game where everyone fights to keep on the centre square of the mats.  The lesson finished with the “Bodyguard” game, where one fighter tries to block another from tagging a moving individual in a restrictive space.

Today was a complete re-cap on everything we have been covering over the past few months. The lesson was attended by all participants of this private group booking, so it worked out well to bring everything together, review and confirm. Everything could be brought back to some simple principles and tactics. All the below areas were drilled and then put under controlled pressure in specific sparring.

From hook punches – Bobbing and weaving in boxing. Here all students first practiced the simple behaviour of moving the upper body under hook punches in a constant flow. Then they moved onto countering with hooks of their own. This progressed onto freestyle striking combinations.

From a wrestling collar and elbow tie-up and muay Thai plumb position – Break the hold and duck under into a standing arm triangle.

From a neutral under-hook/over-hook position – Duck the head to the under-hook side for shoulder control to take the back.

From the reverse double over-hook after a double leg takedown has been thwarted with a sprawl – Coordinated with a stepping out motion, the fighter rolls the head under to his opponent’s ribs to initiate the sit-through motion and either go for a submission or take the back.

This is a somewhat larger topic and overlaps with the previous two. To flash back, the lesson began with two-on-one sport focus mitt drill as a warm-up. Here the fighter is constantly hitting coaches who are standing at an angle, rather than the usual square-on position.  We covered following up the slipping motion with stepping off onto a rough right angle for overhand right punches, kicks or single leg takedowns. We then isolated the actual movement of stepping out for escaping corners or cutting opponents off and driving them into corners. Then – going back to the opening for the double-leg takedown used to drill the sit-through escape – we broke eye-line and attacked an opponent at 45 degrees using Rocky Marciano’s “Phantom Overhand Right”. Finally we looked technique angulation: overhands, round kicks, single legs and the upward angle of the shovel hook/liver punch. We also covered the arm-bar from guard and the angle the hips move for a successful submission.

We isolated different areas of striking with the hands, working the attribute training side of training and the self-defence application where possible. This included straight punching, round punching and combination work. We then looked at transitioning from an MMA perspective and a self-defence restriction exercise.