“Protecting the Gift” takes the principles of professional threat predictor (never can get his official title!) Gavin De Becker’s most famous work “The Gift of Fear” and applies it to parents. More precisely, it takes ideas explored towards the end of “The Gift of Fear” – violence and sexual predation of children, including child on child abuse – and expands upon them. As is the nature of De Becker, the basis for his personal security and threat prediction of […]

“The Safe Zone” is a rare educational book addressing a very important issue: child self-protection. As a self-protection coach, and a specialist in this particular area, books like this are an essential resource. Thanks to well-meaning but misguided campaigns, parents and children are inundated with misinformation regarding crimes against minors. From the myth and unworkable concept of “stranger danger” to the idea that there is strength in numbers to sensationalist headlines, it is small wonder that we are seeing an […]

Double Self Protection Workshop with Jamie Clubb Thanks to all that attended the self protection workshops taken by Jamie Clubb in association with Shinkenmi Ni Tesseyo Karate on Saturday 4th February 2012. The first session was tailored for juniors up to the age of 12 and the second session was tailored for students aged 13 and above, below is a brief write up of these session which I hope you find interesting. Juniors Session The students warmed up with a […] 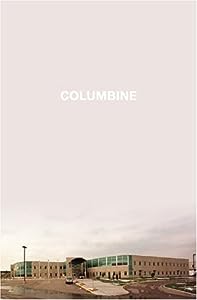 Cover of Columbine   On 20th April 1999 Eric Harris and Dylan Klebold murdered 13 people at their high school, injured a further 24, impacted the whole collective consciousness of an entire community and inspired terror across America and into Europe. For years afterwards the name of the tragedy would simply be referred to as "Columbine". There would be books and documentaries made. There would countless reports and stories. This was not the biggest mass killing in American history. As […]

Will Knowles is our guest reviewer for the weekend combatives seminar held in Telford last weekend. Will is an instructor under my coach, Mo Teague. This seminar saw the historic pairing of Mo with the American combatives expert, W. Hock Hocheim. I was truly gutted that I couldn't attend this event, but feel I should draw attention to it just in case they decide to hold another one. From what I have heard back from both of these instructors, who […]

Jamie Clubb’s study of the fighting arts is broad, varied and insightful. It reflects his experiences as a circus performer, author and martial artist.  A noted pragmatist and innovator, Clubb’s viewpoints, nevertheless, have a certain ring of traditionalism to them. By traditionalism I mean combat being the reason for the fighting arts existence, not competition. 1. How did you originally become involved in the fighting arts and what drew you to the path you’ve taken? Snake Eyes and Storm Shadow! […]

Image via Wikipedia Jamie Clubb Interview by Michael Rosenbaum   Jamie Clubb’s study of the fighting arts is broad, varied and insightful. It reflects his experiences as a circus performer, author and martial artist.  A noted pragmatist and innovator, Clubb’s viewpoints, nevertheless, have a certain ring of traditionalism to them. By traditionalism I mean combat being the reason for the fighting arts existence, not competition.   1. How did you originally become involved in the fighting arts and what drew […] 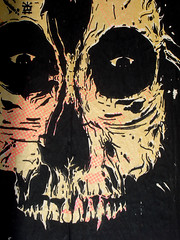 Image by Lord Jim via Flickr Fear   Fear has become a mainstay of Reality-Based Self-Defence training for a long time now. Both our understanding of how it alerts us to danger – immortalized in such RBSD “Bibles” as Gavin De Becker’s “The Gift of Fear” – and in the way it can restrict us from realizing our potential – see Geoff Thompson’s “Fear: The Friend of Exceptional People”. There have since been a plethora of titles handling either good […] 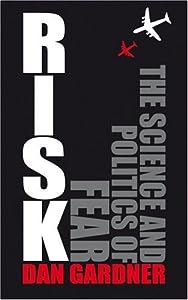 Cover of Risk: The Science and Politics of Fear According to Dan Gardner, bad news easily outsells good news. He should know, having worked within the newspaper industry for his entire career. Gardner has first hand experience of seeing the way papers are driven by a need to report shocking headlines. Popular writing excites the senses and there is no quicker way to make something a "thrilling read" than to use fear. That's great when it comes to writing fiction […]

My thanks to martial arts and self protection instructor, Andras Milward for bringing my attention to this excellent online series of martial arts satire. Before this website got a major upgrade I presented a regular feature known as "Martial Arts Satire". This highlighted more than martial arts, sketches where martial arts were used as an instrument, but humourous commentary on the martial arts. Tommy Cooper, Jim Carey and Paul Kaye all provided sketches that got increasingly close to the calloused […]

Steve Timperley first came to my attention in around 2009. He contacted me via that social networking phenomenon we know as “Facebook“. This was a year after he had finished his 22 year distinguished service in the British army. He had some exciting ideas and was keen to promote them. As is often the case, I had been the person he had been advised to contact regarding writing for the martial arts media. After Geoff Thompson helped me onto the […] 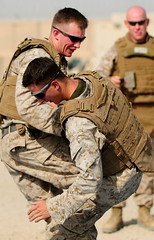 Image by United States Marine Corps Official Page via Flickr I encourage everyone to write. When I think of the exceptional individuals I have trained with, trained under or talked to, I get frustrated with how few of them have been able to properly convey their knowledge and experience to willing learners. A good interview can do a reasonable job in getting this over, but it’s a poor substitute for well-written pieces coming direct from the instructor. With the advent […]

Image by hashmil via Flickr On 14th June I took the final part of what I considered then to be the most important qualification in my martial arts/self-protection career. 2011 saw the publishing of a Btec level 3 Advanced Award in Self Defence Instruction, created by Mark Dawes's company, The National Federation for Personal Safety. The whole experience that began with an intensive week of coursework that I crammed prior to the examination/presentation/assessment day was a learning experience in more […] 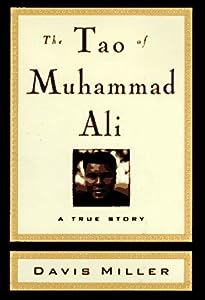 Cover of The Tao of Muhammad Ali The Tao of Muhammad Ali It’s hard not to start this review with some trite clichéd truism like “Muhammad Ali is undeniably the most famous and celebrated sports personality of the last century”. I don’t know why the man’s name hasn’t just become a part of the English language to define a living legend. Ali’s life story seems to be a model for a mythological hero in any country’s culture – the […]

Click here for the fifth episode of The Den Show radio podcast. It features an interview with me related to soft skills training for self protection. Subjects covered include the OODA loop model for awareness and the problem with most self defence training.